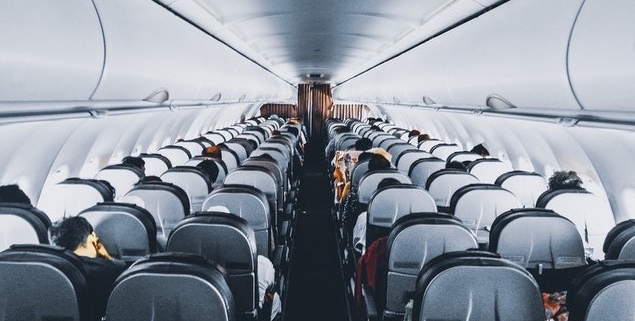 Have you ever wondered if you’re the only one who experiences anxiety when boarding a plane? Statistically, fear of flying is one of the most common phobias and spoils the travels of many of our fellow passengers. With figures to back it up, this article takes stock of who are the phobias of the plane, in France and in the world.

You are far from being the only one to experience anxiety as soon as the boarding time approaches! According to all surveys, fear of flying concerns an extremely large number of fellow citizens, whether they are frequent flyers or carefully avoid airports.

According to the International Air Transport Association (IATA), about 20% of travelers feel a greater or lesser degree of fear. Among them, a fifth (4% of the total) even feel phobia, which makes the very idea of air travel unbearable.

The figures are slightly lower in the United States, where air travel is even more common than elsewhere (45% of adults took at least one plane there in 2015). According to a 2010 Boeing survey, about 17% of Americans perceive fear of flying.

Figures of Fear of Flying in France

According to a 2015 IFOP survey , 34% of French people report that they are sometimes afraid of an accident when flying. These significant figures will remain stable over the long term, even after an air disaster, since they were 35% in 2005.

Based on the same survey, travelers can also apprehend even less frequent events. In 2015, 24% of French people were afraid of an attack or hijacking. Lastly, 16% were afraid of flying over a war zone.

The French are very much alike when it comes to fear of flying, which affects all categories of the population. According to the IFOP, it concerns 30% of men and 37% of women. Young people are slightly more concerned: 42% of people under 35 apprehend flying, compared with 30% of those over 50. On the other hand, there are few differences according to level of education or geographical origin.

The airplane, always considered the safest means of transport by travelers.

Air transport is – understandably – far ahead of land transport, which is considered safer by 13% of respondents.

Finally, although fear of flying is largely irrational, it is far from being a fate. In physical training or e-learning, methods to overcome it are showing excellent results. This is what British Airway announces, whose courses have treated more than 50,000 people in 30 years with a success rate of 98%. The same goes for e-learning, where Fofly specializes, with a success rate that reaches 95% of participants.

COMPANIES: DON’T LET THE FEAR OF FLYING SLOW DOWN YOUR BUSINESS TRIPS...
Scroll to top