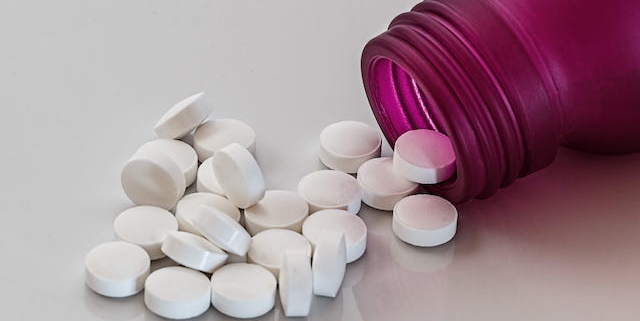 Are you considering using medication to treat your fear of flying? Sedatives, antihistamines, antidepressants and others: there are many misconceptions about them. They tell you all about their side effects, when to use them and when they can take you away from a lasting cure.

Medication: a crutch against the fear of flying …

Medication is one of the fastest growing solutions in the fight against airsickness and motion sickness in general. Are you one of the 20% of passengers who experience discomfort, stress or anxiety when flying? Self-medication or prescribing medication (including anxiolytics) is a widespread reflex.

Recommended by pharmacists or prescribed by your doctor, here are some of the active ingredients most commonly used to overcome your fear of flying.

The main medications against fear of flying

Anti-fear medications for fear of flying are generally the same as those used to treat motion sickness. They are prescribed for stress in flight as well as for discomfort in boats, cars, etc…

Among the most common are antihistamines:

Using their active ingredients (dimenhydrinate, or diphenhydramine for Nautamine), these drugs aim to prevent nausea. They can be sold without a prescription, on the advice of the pharmacist. However, they are no longer freely available because their side effects are significant.

Alongside these medications, we sometimes find Vogalib, which helps preventing vomiting.

On prescription, some passengers use Scopoderm. This patch diffuses Scopolamine behind the ear. It acts on neurotransmitters and serves as a calming agent.

Finally, other passengers opt, on medical prescription, for medications not directly related to motion sickness: antidepressants and anxyolitic drugs.

… to be avoided in most cases

These well-known medications are often recommended for air sickness and are considered effective. However, most of them are not recommended at all when the patient wishes to recover permanently from his fear of flying.

Initially, some of these drugs involve side effects. This is particularly the case with antihistamines, which can lead to dry mouth, drowsiness and decreased alertness (driving after taking them is prohibited). Problem: The appearance of side effects in flight can itself create anxiety in some patients.

Medications for motion sickness also have contraindications related to age and state of health. They are not recommended in cases of glaucoma, urinary disorders related to the prostate, for the elderly, in case of pregnancy or breastfeeding.

Nevertheless, they are not to be dismissed in all cases. According to Thierry Merle, a psychologist specialist in the treatment of fear of flying: “There are cases where pharmacological treatment is indicated, including antidepressants that can help the patient to take the plunge when the situation cannot be faced.”

Why most airsickness medications are not recommended for use on airplanes

Nevertheless, the fact remains that taking medication is rarely part of a lasting improvement of psychological disorders related to flying. The main risk of these remedies is to move you away from a lasting cure by masking the symptoms and avoiding confronting their cause.

By repeatedly using airsickness medications, they can become an indispensable crutch. There is then a risk of dependency: if the flight went well thanks to the antihistamines, the passenger may fear flying again without pharmacological help. Considering a flight without medication (or alcohol) then becomes an additional source of anxiety that adds to the pre-existing fear of flying.

Moreover, medications such as anxiolytics offer a way around the problem that does not provide a lasting solution. According to Thierry Merle: “We advise against taking anxiolytics mainly because they prevent exposure to the situation and their side effects can sometimes worsen the symptoms.”

Like alcohol, medication provides a secondary state therapeutically that shields the symptoms without dealing with them. On the contrary, it is the exposure to flying in a state of consciousness that allows one to conclude a true therapeutic process and to heal from one’s fear of flying.

In order to cure the fear of flying in a lasting way, exposure to flight is a complementary part of a multi-step treatment. They allow to treat the roots of one’s fear of flying in depth, to counter negative thoughts and anxieties, to control one’s emotions… And to soon return to flying without anxiety – and without medication!

PSYCHOLOGY: WHERE DOES THE FEAR OF FLYING COME FROM?
Scroll to top