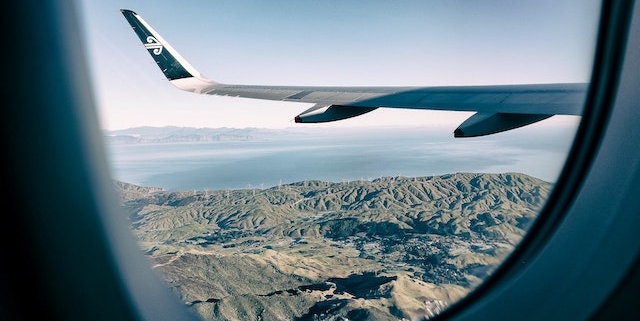 If you have been on an airplane several times, you have probably experienced more or less sudden jolts, felt in the passenger compartment. You may even have assimilated them to air holes. This concept, also called “air pockets”, is of great concern to victims of fear of flying. However, there are often great misunderstandings about it! This article is a review to get to the bottom of the truth about air holes in airplanes.

Air holes are one of the most common misconceptions that most air travelers face! Horizontal jerks would be due to alleged ” air holes “. This would be a bag of vacuum in the atmosphere that would cause the plane to fall a few meters, or suck it upwards, causing a sudden movement in the cabin. This is the same phenomenon that is sometimes described as an “air pocket”.

Actually, not at all! We cannot be any more clear on the subject: air holes do not exist… It is physically impossible to have a vacuum pocket in the earth’s atmosphere. There are no more air holes in the sky than there are water holes in a lake. The sky is a continuous mass of matter, in which airplanes float continuously thanks to finesse (the concept is explained in detail on the following link ).

Therefore, why do many people still believe in air holes? It’s simply because the expression is particularly meaningful. It embodies a genuine phenomenon, that of turmoil, which has nothing to do with “empty air pockets”.

If air holes do not exist, on the other hand, we have all experienced turbulence during a plane trip. They are the ones that cause the more or less light shaking of the plane’s cabin.

Turbulence is likely to cause a sudden upward, downward or sideways movement of the aircraft, shaking passengers and objects in the cabin. It is strongly felt by passengers: it sometimes gives the impression that the plane has moved several meters, or about ten meters! But this is not the case: turbulence only alters the plane by a few centimeters. The most important (and the rarest) turbulences do not exceed ten centimeters!

But the feeling is there. This is where the fear of air holes, or air pockets, was born… In fact, turbulence and air holes are almost synonymous in everyday language. However, only turbulence exists… And it is not a cause for concern as long as your seatbelt is fastened properly.

Turbulence is caused by the movement of air masses in the atmosphere. These movements are mainly due to the temperatures of these masses: warm air tends to rise and cold air tends to fall. Sometimes air masses change position because they encounter mountainous relief. These phenomena cause winds at high altitude, over several hundreds or thousands of kilometers.

The turbulence meets the plane and is felt in the cabin, but it is nothing exceptional. In spite of the feeling, the jolts are actually very light! They are similar to the jolts of a car driving over a pothole or on a paved road.

Should we be afraid of turbulence?

Under no circumstances! Turbulence does not present any risk for the aircraft. From two-seater to long-haul, all aircraft have been designed to withstand these perfectly normal flight events. Moreover, as Nicolas Coccolo (pilot and trainer on the training courses) reminds us fofly.com), “No plane has ever crashed because of turbulence. They do not present any danger, neither for the cabin nor for the instruments”.

Air holes or turbulence are no more dangerous than light waves for a boat. At most, they cause discomfort for passengers, that’s why pilots try to avoid them as much as possible.

They know them well: 95% of turbulence is anticipated before taking off, thanks to the weather preparation. Many are related to the geographical area: we have more chances to meet some in South-East Asia, during monsoon period, than in Europe for example.

The mountainous relief or the “basins” can cause turbulence, especially near airports.

Finally, air safety is also working to improve the detection of turbulence. The pilot already manages to avoid most of it. For the others, the only risk is that of being injured if one is not tied up. So you just have to fasten your seatbelt tightly so that you don’t have to worry about “air holes”!